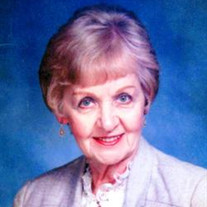 Adele Koppel, a longtime resident of Stamford, passed away peacefully on Thursday, December 10, 2015. She was 100 years old. Adele graduated from Commerce High School in Yonkers and worked as a bookkeeper. In 1938, she married Stanley Grono and built a life in Yonkers with their two children, Gerald (predeceased) and Judy. After being widowed, she later married Stanley Koppel and lived with him in Hamden, CT until his passing. In 1977, she moved to Stamford to live with her daughter, Judy, son-in-law Gene, and her grandchildren Joe, Dan, Tom, and Andrea. She was a loving mother and grandmother and played a big role in helping raise her grandchildren, imparting on them the values of hard work, faith, and a good sense of humor. Until recent years, Adele was very active, and for 25 years, she swam at the Darien Y. She danced with several senior citizens’ line-dancing groups. Adele and Judy were a team of world travelers. She volunteered at the New Covenant House of Hospitality (Soup Kitchen) for 10 years. A devout Catholic, Adele attended daily mass at Our Lady Star of the Sea Church in Stamford until recent health issues prevented her from doing so. Her Pastor named her “Mother of the Year.” She was a member of the Bible Study Group. She was ready to meet God and her family in heaven. Adele is survived by her brother, Frank Maliszewski, and his wife, Dolores, of Grand Rapids, Michigan; her daughter, Judy, and her husband Gene; her son-in-law, Stanley and his wife, Linda; seven grandchildren, nine great-grandchildren, and many nieces and nephews. In addition to her husbands and son, Adele was predeceased by her siblings, Charles, Chester, and Agnes. Calling hours will be on Friday, December 18TH from 4pm-8pm at the Bosak Funeral Home at 435 Shippan Ave in Stamford. A Mass of Christian burial will be celebrated at 9:30am on Saturday, December 19th at the Our Lady Star of the Sea Church, 1200 Shippan Avenue in Stamford. Adele will be laid to rest at St. Joseph’s Cemetery, 209 Truman Ave in Yonkers, NY. In lieu of flowers, the family request spiritual bouquets in Adele’s memory. Or, you may also choose to make a charitable donation in her memory to your favorite charity or to Our Lady Star of the Sea Church. If you would like to leave an expression of sympathy for the family online, you may sign the guestbook at www.bosakfuneralhome.com or visit the funeral home facebook page at www.facebook.com/bosakfuneralhome to share memories with her family.

Adele Koppel, a longtime resident of Stamford, passed away peacefully on Thursday, December 10, 2015. She was 100 years old. Adele graduated from Commerce High School in Yonkers and worked as a bookkeeper. In 1938, she married Stanley Grono... View Obituary & Service Information

The family of Adele Koppel created this Life Tributes page to make it easy to share your memories.

Adele Koppel, a longtime resident of Stamford, passed away peacefully...