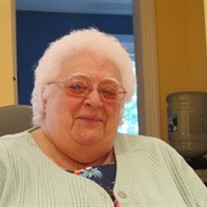 Carol Lee Romaniello Ferretti, 72, of Port St. Lucie, Florida, formerly of Stamford, Connecticut, where she was born and raised, passed away September 14, 2016. She moved to Port St. Lucie 11 years ago from Shelton, Connecticut. She was born to the late William and Adeline Romaniello. Carol was very family oriented. Her life was spent caring for others and building a strong family. Carol enjoyed Sunday drives with her husband and hosting family celebrations and elaborate holiday gatherings; Thanksgiving being her favorite. After raising her own children, Carol created a second career running an in home daycare for many years. Those families became part of her family, and they welcomed her as part of theirs. Even after retirement and moving to Florida, Carol mastered the use of her iPad, iPhone, texting and social media to ensure she maintained strong connections with her family and friends. In her spare time she enjoyed coloring and doing arts and crafts. Carol was preceded in death by her brother, Nicholas Romaniello; grandson, Michael John Ferretti; along with numerous aunts and uncles. Survivors include her husband of 48 years, Frank Ferretti Sr.; son and daughter-in-law, Frank and Lisa Ferretti Jr., of Stamford, CT; daughter and son-in-law, Cindi and Brian Seipel, of Port St. Lucie; grandchildren, Alex Seipel, Ashlee Seipel, Emily Ferretti, and Nicholas Ferretti; brother and sister-in-law, William and Gerri Romaniello; sister, Cobina Luciano; sister-in-law, Elaine Ferretti; along with numerous aunts, nieces, nephews, and cousins. In lieu of flowers, contributions may be made in memory of Carol Ferretti in honor of her nephew, Jordan Jallouk, to Stamford Education 4 Autism, 1127 High Ridge Rd., PMB #315, Stamford, CT 06905. A Memorial Mass will be celebrated on Friday, October 21st at 10 am at Sacred Heart Church, 37 Schuyler Ave, in Stamford, CT. Her interment will follow at St. John’s Cemetery in Darien, CT. The family has entrusted the funeral arrangements to Bosak Funeral Home, 453 Shippan Avenue, in Stamford. If you would like to leave an online condolence message please visit the family guestbook at www.bosakfuneralhome.com or on Facebook at www.facebook.com/bosakfuneralhome.

Carol Lee Romaniello Ferretti, 72, of Port St. Lucie, Florida, formerly of Stamford, Connecticut, where she was born and raised, passed away September 14, 2016. She moved to Port St. Lucie 11 years ago from Shelton, Connecticut. She was born... View Obituary & Service Information

The family of Carol Ferretti created this Life Tributes page to make it easy to share your memories.