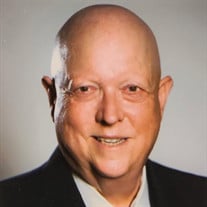 Dr. Cortland E. Mehl, age 70, died on June 25, 2021 as a result of a lung disease attributed to his service in the Persian Gulf. The son of the late Cortland Alexander Mehl and Helen Kulka Mehl, he was born on November 21, 1950 in Glens Falls, NY. He attended Stamford schools, graduating from Stamford Catholic High School in 1968. Dr. Mehl was very active in the Boy Scouts and earned the Eagle Scout award in 1966. He graduated from the College of Steubenville (Ohio) in 1972 with a BA degree, and earned his MA and MBA degrees from the University of Bridgeport in 1974 and 1980 respectively. He also received a MAM degree from Embry Riddle Aeronautical University in 1987 through the Vietnam Era GI Bill, and was awarded a Doctorate from Capella University in Minneapolis, Minnesota. He also graduated from both the U.S. Army’s Command & General Staff College and the U.S. Army Logistics Management College. Dr. Mehl was a retired U.S. Army officer who served during the Vietnam era, Cold War, Persian Gulf and in a support role during Operation Restore Hope. He was a combat veteran of Operations Desert Shield and Desert Storm, where he served as a transport logistician and was certified as a U.S. Army logistician. After his retirement from the Army as a Major, he worked in the corporate sector for several years, most notably as Assistant Corporate Secretary and Administration Manager for Yusen Air & Sea Service. He also worked for Virgin Atlantic and Jet Blue Airways and was the former President of Archangel Air Cargo, a veterans owned and managed air cargo charter operation. He was an accomplished general aviation pilot who held FAA instrument, commercial pilot and ground instructor ratings. At his death he was serving as part of a flight and ground crew as a Lt. Colonel with the 219th Raptors Squadron, Southeast Group, New York Wing, of the U.S. Civil Air Patrol. Cort was a certified member of the American Society of Transportation & Logistics and in 1988 developed a course of study in transportation for the University of Bridgeport MBA program, where he served as an adjunct professor. He was a member of the Delta Nu Alpha Transportation Society and the Delta Mu Delta business honor fraternity. Active in local affairs, Cort belonged to several veterans groups, most notably as Commander of Kulka Brothers Post #1957 of the Catholic War Veterans in Stamford and the American Legion Post #3 in Stamford, where he was a life member. He served as the post historian and liason to the Boy Scouts. He was also a life member of VFW Post #6933 in Noroton Heights, Amvets, Vietnam Veterans of America and the U.S. Army Transportation Regiment. In addition, he was a 4th Degree member of the Knights of Columbus, St. Augustine Council in Stamford and served on the Board of the Stamford Historical Society. His hobbies included aviation, photography, travel, archaeology, history and metal detecting. He was a member of the Civil War Roundtable, Civil War Preservation Trust, the Nor’easter’s Metal Detecting Club, the Holy Name Athletic Club, the Wings Club of New York as well as several military museums. Dr. Mehl is survived by his first cousins, Raymond Kulka of Orange, CT, Barbara Schmidt of East Norwich, NY and Louise Virgilio of Albertson, NY and a second cousin, Michele Serafin, of Stamford, CT. Visitation is on Friday July 2, 2021 from 4 p.m. to 8 p.m. at the Bosak Funeral Home, 453 Shippan Avenue, Stamford, CT. A Mass of Christian burial will be held at the Basilica of St. John the Evangelist Church, 279 Atlantic Street, Stamford CT., on Saturday, July 3, 2021 at 10:00 a.m. Interment will follow at Spring Grove Cemetery, 41 Hecker Avenue, Darien, CT. with military honors. In lieu of flowers Cort requested that donations be made to Mother Theresa’s Missionaries of Charity in Bridgeport, CT or the Bronx, NY, or the Franciscan University of Steubenville (Ohio) Archaeology Department. In compliance with state mandates and the safety of all those attending his funeral services, it is mandatory to wear face coverings and maintain social distancing. If you would like to leave a condolence message online please visit the family guestbook to share memories with his family at www.bosakfuneralhome.com or www.facebook.com/bosakfuneralhome.

Dr. Cortland E. Mehl, age 70, died on June 25, 2021 as a result of a lung disease attributed to his service in the Persian Gulf. The son of the late Cortland Alexander Mehl and Helen Kulka Mehl, he was born on November 21, 1950 in Glens Falls,... View Obituary & Service Information

The family of Dr. Cortland E. Mehl created this Life Tributes page to make it easy to share your memories.