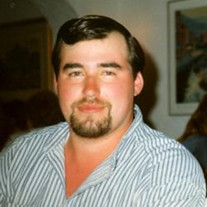 Daniel C. Yance, age 46, of Milford, beloved son, brother, cousin, nephew, uncle, and friend, passed away suddenly on Wednesday, May 3, 2017 at his home. Born in Stamford on August 11, 1970, he spent most of his childhood in Easton, graduating from Joel Barlow High School in 1988. He went on to earn both a Bachelor’s and Master’s Degree in Education from the University of Connecticut. Dan was passionate about movies, and spent much of his early years working as a projectionist at Fine Arts Movie Theater in Westport. He also taught boating skills to campers at Camp Mahackeno, where he met some of his dearest life-long friends. He received the prestigious rank of Eagle Scout during his time in the Boy Scouts. Always thinking of others, he once donated his bone marrow in order to save the life of another. Dan spent most of his professional life as a marketing manager, working in both Connecticut and Ft. Lauderdale. A lifelong Star Trek fanatic and lover of sci-fi, he helped create and produce Terrificon, Connecticut’s largest comic book festival. He also spent much of his free time in the place he loved most, the island of St. John in the U.S. Virgin Islands. He dreamed of settling there one day. He was an avid New England Patriots and New York Mets fan, attending several games every season. He was passionate about music, and his favorite artists were Kenny Chesney, Eric Clapton, The Police, and Nickelback. Dan is survived by his parents, Robert Yance and Rosemary Rezny Yance; two brothers, Robert Yance, Jr. and Gregory Yance; a nephew, Robert Yance III; a niece, Lauren Yance, and by many loving aunts, uncles, and cousins. He will be greatly missed. Family will receive relatives and friends on Thursday, May 11th from 4pm to 8pm at Bosak Funeral Home, 453 Shippan Ave, in Stamford. His funeral service will take place on Saturday, May 13th at 10am at St. Paul Lutheran Church, 41 Easton Rd, in Westport. His interment will follow to St. John’s Cemetery in Darien, CT. In lieu of flowers, please consider making a donation in Dan’s memory to either - The American Heart Association: PO Box 417005 Boston, MA 02241-7005 (www.donatenow.heart.org) or St. Paul Lutheran Church: 41 Easton Rd, Westport, CT 06880 ( www.stpaulwestport.org ) . If you would like to leave an expression of sympathy for the family online, you may sign the guestbook at www.bosakfuneralhome.com or visit the funeral home Facebook page at www.facebook.com/bosakfuneralhome to share memories with his family. As the avid fan of Star Trek Dan was, he would have said: “Live long and prosper.”

Daniel C. Yance, age 46, of Milford, beloved son, brother, cousin, nephew, uncle, and friend, passed away suddenly on Wednesday, May 3, 2017 at his home. Born in Stamford on August 11, 1970, he spent most of his childhood in Easton, graduating... View Obituary & Service Information

The family of Daniel C Yance created this Life Tributes page to make it easy to share your memories.