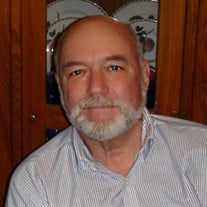 Edward F. Schultz Sr, age 74 of Shelton passed away Saturday, April 4, 2020 surrounded by his family and beloved wife of forty-one years, Elizabeth Pasqua Schultz. Born in Bronxville NY on June 7, 1945, he was the son of the late Edward H. and Arlene Witchenbach Schultz of Mount Vernon, New York. A graduate of Mount Vernon High School in 1964, Edward later went on to graduate from Maine Maritime Academy in 1968. Upon the completion of his studies, Edward entered into the US Merchant Marines, where he served as a First Mate on several US commercial ships during the Vietnam War until 1974. After his time in the Merchant Marines, Edward started the next chapter of his life by working for Stolt-Nielsen Inc., where he met the love of his life while managing their US gulf ship lightering operations out of New Orleans and Houston. He earned a commission in the United States Naval Reserve reaching the rank of Lieutenant. He worked up until retirement for the Seamen's Institute in New York City, where he was an instructor in Coast Guard rules & regulations and license upgrading, and a respected member of the Maritime community. Edward spent his summers growing up wreaking havoc with his cousin Les in Friendship, ME; a tradition he continued with his own family years later. There was a sparkle in those hazel eyes of his as he taught his children how to fish, often telling stories of his experiences along the way. Along with his wife Elizabeth, Edward is survived by his loving children Edward F. Schultz Jr. and his wife Molly Schultz of Wallingford. Krysta Mello and her husband Dustin Mello of Trumbull, and Adrianna Collins of Shelton and his grandchildren which he adored, Michaela, Audrey, Zephyr and Piper. Edward was predeceased by his son-in-law Christopher Collins. Regardless of the adversity he faced, Edward always took the challenge head on for the unconditional love he had for his family and the unwavering strength he projected to all who knew him. The family would like to extend their heartfelt gratitude to staff of the Intensive Care Unit at Griffin Hospital, Derby, CT. who held his hand and embraced him while his family prayed outside his room. Due to the concerns at this time surrounding social gatherings, a celebration of Edwards life will be held at a later date. The family has entrusted the funeral arrangements to Bosak Funeral Home, 453 Shippan Avenue, in Stamford, CT. If you would like to leave a condolence message for the family you may visit the guestbook on our website or on Facebook at facebook.com/bosakfuneralhome.

Edward F. Schultz Sr, age 74 of Shelton passed away Saturday, April 4, 2020 surrounded by his family and beloved wife of forty-one years, Elizabeth Pasqua Schultz. Born in Bronxville NY on June 7, 1945, he was the son of the late Edward H. and... View Obituary & Service Information

The family of Edward F Schultz Sr created this Life Tributes page to make it easy to share your memories.