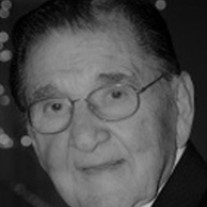 Life Legacy George L. Bakes, a longtime resident of Norwalk, CT passed away in his home Thursday morning June 16th 2016 with his family by his side. He was the first born son of Louis and Harriett Bakes, originally from Pellana Greece.Growing up in Larchmont NY during the depression years, he overcame Rheumatic fever, double Pneumonia and a risky lung Lobectomy in 1938. Because of this, much to his displeasure, he was not able to join the war effort overseas. While in the hospital recovering from the lung operation, he was given a camera, sparking a career as a commercial/industrial photographer for clients such as Perkin-Elmer, American Cyanamid and the US Navy among many others. A true entrepreneur, he was also a well-respected and successful Commercial Real Estate Broker and Developer.He had a sharp mind, compassionate heart and as the patriarch of the family, found himself as the go-to guy assisting family and friends whenever they needed his support. He took great joy in maintaining his four acre residence to park like standards, and worked out at the New Canaan YMCA three times a week well into his eighties.He was predeceased by his loving wife Louise M. Bakes (Nee Farrell) and survived by his brother Charles L. Bakes, sister Joanne Panoulos, son Dean Bakes and daughter Cara Bakes.Family and friends may call on the Bakes family on Tuesday, June 21st, from 4pm to 8pm at Bosak Funeral Home, 453 Shippan Avenue, Stamford, CT 06902. A Trisagion Service will take place at 7pm with Fr. Harry Pappas officiating. Funeral services will be held Wednesday, June 22nd at 10am at The Church of the Archangels, 1527 Bedford Street, Stamford, CT 06905. The interment will follow the service at Woodland Cemetery in Stamford.The family would like to extend their whole-hearted appreciation and thanks to Vitas Hospice Care for their quality and compassionate care. In-lieu of flowers, contributions can be made to The Church of the Archangels in Stamford CT or to a charity of their choice .The family has entrusted the arrangements to Bosak Funeral Home, 453 Shippan Avenue, in Stamford. If you care to leave a condolence message online please visit the family guestbook on www.bosakfuneralhome.com or on Facebook at www.facebook.com/bosakfuneralhome.

Life Legacy George L. Bakes, a longtime resident of Norwalk, CT passed away in his home Thursday morning June 16th 2016 with his family by his side. He was the first born son of Louis and Harriett Bakes, originally from Pellana Greece.Growing... View Obituary & Service Information

The family of George L. Bakes created this Life Tributes page to make it easy to share your memories.