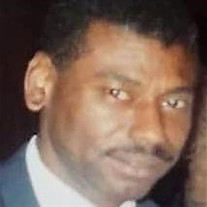 Soldier (Warrior) and Guard are meanings of the name Herman. Our own beloved Herman was every bit a guard and warrior. Watchful, strong, brave, courageous, committed, dedicated, unwavering, focused, demanding and, resiliently determined are traits that fittingly describe him. Herman began work at the age of 12, with jobs as a newspaper carrier and golf caddy. He joined the Navy, after graduating from high school. Once his 4-year tour during the Viet Nam war was completed he pursued his formal education, and began a 35 year career in systems engineering and information technology, working for the Olin Corporation, Arch Chemicals, and the Lonza Group. Herman loved people, especially children and his family; near and far. The little people, who affectionately call him ‘Pops,’ always managed to put a smile on his face and in his heart. Family and friends will all remember him as loyal, supportive, and one who would go out of his way to help whomever he could, even if he “fussed” while doing so. In fact, he was known to get down in the trenches, even if it meant traveling around and across the country to meet a love one’s need. He is survived by his loving mother Julia DeVeaux, four siblings: Zenobia Bailey (Irwin), Linze, Barbara, and Sandra DeVeaux; eight stars: Harmony Rivera, Jameece McDermott, Camdyn and Coran Lomax, Jasmine McDermott Rivera (Marc), Sharon and Jennifer McDermott and, his angel, Gail McDermott, whose name, incidentally, means “gives joy;” two uncles, Enoch and Joshua DeVeaux; two aunts, Bernice DeVeaux Newkirk and Gladys Mack; three nieces, Keeva Stephens (Karl), Julita Vasco (Dale), and Sienna Bailey; three nephews, Shamar Bailey (Corinthe), Julius DeVeaux, and Jared Bailey; along with a host of cousins and friends. Visitation for Herman will take place from 5pm to 7pm on Friday, April 5th at Bosak Funeral Home, 453 Shippan Avenue, Stamford, CT 06902, with a funeral service beginning promptly at 7pm. Herman’s interment, with military honors, will take place on Saturday, April 6th at 11am at CT State Veteran’s Cemetery, 317 Bow Lane, Middletown, CT 06457. The entire family (McDermott and DeVeaux) is indebted to Gail for the Joy that her unwavering love and care brought Herman, especially during his most recent months. We also extend a special thank you to Bosak Funeral Home, Right at Home Homecare, and to each of you.

The family of Herman Lee DeVeaux created this Life Tributes page to make it easy to share your memories.

Soldier (Warrior) and Guard are meanings of the name Herman....