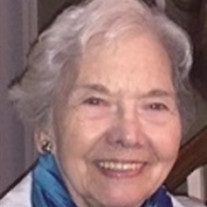 Life Legacy Irene M. Mozdzer, longtime resident of Stamford, CT, passed away peacefully at Greenwich Hospital on Thursday, September 8, 2016. She was 85 years old. Irene was born on November 12, 1930 in New York City and was one of two daughters born to the late Louis and Magdalena Dzurek.Irene was a longtime, faithful parishioner of St. Mary Catholic Church in Stamford where she was involved in many groups including the Rosary Society and the quilting group. She was also a member of the Catholic Daughters of America. In addition to her faith based endeavors, Irene was well-respected for her many years of work within Stamford Public Schools where she was a paraprofessional at various schools – ending her career at Stark Elementary School. Irene was an avid fan of the New York Yankees and of UCONN Husky Basketball, both men and women. She enjoyed sewing, baking, gardening and spending time with her family and friends. She also enjoyed travelling with her dear sister and longtime friends.Irene was preceded in death by her beloved husband, Henry A, Mozdzer, in 1988, and is survived by her three loving children; Carol Peterson, and husband Gary, Robert Mozdzer and John Mozdzer, her four grandchildren; Kristin, Lauren and Eric Peterson and John Dylan Mozdzer, her dear sister, Mildred Duffy and several nieces, nephews and good friends. Irene will be sadly missed by all those who knew and loved her.Irene's family will be receiving the condolences of friends and family on Sunday, September 11, 2016 from 2 p.m. to 6 p.m. at Bosak Funeral Home, 453 Shippan Ave., Stamford, CT 06902. A mass of Christian burial will take place at 10 a.m. on Monday, September 12, 2016 at St. Mary R.C. Church, 566 Elm Street, Stamford, CT 06902. The interment will immediately follow mass at Queen of Peace R.C. Cemetery in Stamford.In lieu of flowers the family asks that you consider making a donation in Irene's name to: St. Mary R.C. Church, 566 Elm Street, Stamford, CT 06902.The family has entrusted the arrangements to Bosak Funeral Home, 453 Shippan Avenue, in Stamford. If you care to leave an online condolence message you may visit the family guestbook at www.bosakfuneralhome.com or on Facebook at www.facebook.com/bosakfuneralhome.

Life Legacy Irene M. Mozdzer, longtime resident of Stamford, CT, passed away peacefully at Greenwich Hospital on Thursday, September 8, 2016. She was 85 years old. Irene was born on November 12, 1930 in New York City and was one of two daughters... View Obituary & Service Information

The family of Irene M. Mozdzer created this Life Tributes page to make it easy to share your memories.