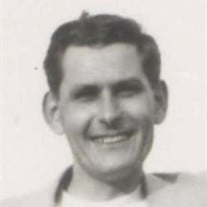 Life Legacy John R. Kaiko passed away in his sleep in Stamford on March 4, 2016. He was 98. A life-long citizen and son of Connecticut, John Romeo Kaiko was born in Griswold on December 30, 1917, to Alexander Kaiko, Sr., and Katherine (Stigo) Kaiko who had emigrated from Poland early in the century and had settled in southeastern Connecticut. He grew up on his family’s farm near Pachaug, Connecticut where he helped his father and three brothers with the chores. John started school in Griswold, but at the age of 14, was forced to leave school due to osteomyelitis. At 17, he went back to school at the Norwich Free Academy though he was again forced to give up his studies to help out on the farm. Two years later, he began training to be a machinist and engineer, taking courses at the state trade school in Putnam and at Norwich Free Academy, gaining certificates from both, while he worked at A Spinook Corporation in Jewett City as a machine operator. In December of 1941, he began working for the New Britain Machine Company as a set-up specialist. One year later, he signed up to work for the US Navy at Pearl Harbor in Hawaii, where he served his country as a specialized machinist and took additional courses in mathematics and diesel engine maintenance. In 1944, he returned to Connecticut and New Britain Machine, while pursuing further certificates at the E.C. Goodwin Technical School. He sought more advanced positions at manufacturing companies along the Connecticut River working for High Production Machine Co. in New Britain, and Lowe Manufacturing in Wethersfield, before joining Reliable Manufacturing in Bloomfield in 1949. At Reliable, he rose through the ranks to become a Foreman. He also continued his education, completing courses at E.C. Goodwin and the State Technical School in Hartford in cam design and engineering, production control, and advanced engineering methods. John also completed his work to get his high school diploma in 1958. He married Ann Kraft of Newington in 1948, originally moving in with her parents, Paul and Jadwiga Kraft on Hemlock Street in Newington. They later purchased a home up the street on Maple Hill Avenue. In 1959, John founded his own firm, K-B Manufacturing Co. in New Britain, specializing in complex metal manufacturing, doing subcontracting work for a wide range of industries. His company prospered in supplying finely-machined parts to both large firms like Fafnir Bearings and Pratt & Whitney as well as smaller local Connecticut firms. John became a Life Member of the Society of Manufacturing Engineers, having originally qualified as a Certified Manufacturing Engineer. He was constantly working to improve processes in his own shop and for other firms, and he became known for high-quality and innovative work. He was an inveterate tinkerer and his interests ranged beyond manufacturing. In 1992, he was granted US Patent 5119557 for an ingenious device to count the number of times a razor blade was used. He was also a member of the American Society of Tool Engineers.   He was asked to become an instructor at his old school, E.C. Goodwin Technical School in New Britain in 1962, where he shared his extensive expertise in manufacturing and screw machine operations with the students. He and his wife, Ann, raised three daughters: Jo-Ann Kaiko of Newington, Judy Daunt of Manchester, and Jackie Kaiko of Stamford, who all survive him. He is also survived by his sons-in-law, Marshall Millsap and Stephen Daunt, Sr. and two grandsons, Stephen Daunt, Jr., and Nicholas Daunt. John was an active sportsman who loved golf, fishing, and skiing. He was a member of the Men’s Club of St. Mary’s Church in Newington, as well as an active member of the New Britain Hunting and Fishing Club of which he became President. He helped build the club’s programs for youth, and he played a key role in improving the club facilities in Colchester, where he loved to fish. In retirement, he became an avid Dartmouth College football fan, attending games every year in New Hampshire with his wife, Ann. John will be remembered by his family and many friends for his constant willingness to help, his sense of fun, and his gentlemanly manner. He was invariably congenial, no matter the occasion, and his smile and wit warmed many family and social gatherings. He will be honored at a service at 11am on Saturday, March 12th in the Meditation Room at the Villa at Stamford (formerly, Smith House) at 88 Rock Rimmon Road, in Stamford, CT. Interment will be held private. Arrangements have been entrusted to the Bosak Funeral Home, 453 Shippan Avenue, in Stamford, CT. If you would like to leave an expression of sympathy for the family online, you may sign the guestbook at www.bosakfuneralhome.com or visit the funeral home Facebook page at www.facebook.com/bosakfuneralhome to share memories with his family.

Life Legacy John R. Kaiko passed away in his sleep in Stamford on March 4, 2016. He was 98. A life-long citizen and son of Connecticut, John Romeo Kaiko was born in Griswold on December 30, 1917, to Alexander Kaiko, Sr., and Katherine (Stigo)... View Obituary & Service Information

The family of John R Kaiko created this Life Tributes page to make it easy to share your memories.

John R. Kaiko passed away in his sleep in Stamford...