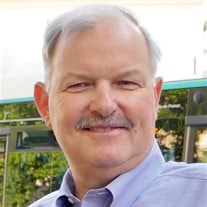 John Francis Mazan, 58, of Shippan Point, Stamford, CT and Quonochontaug, RI, passed away on Monday, July 23, 2018 after a lengthy and courageous battle with pancreatic cancer. John was married for 32 years to the love of his life, Maureen Martin Mazan, and was the very proud father of Patrick Mazan of Stamford and Kaitlyn Mazan of Boston, all of whom survive him. A son of Hartford, John graduated from Saint Cyril & Saint Methodius School and South Catholic High School. Excelling at baseball, John enrolled at the University of Texas at Austin, but soon returned home to Connecticut to earn degrees in Finance from Central Connecticut State University and Electrical Engineering from the University of Hartford. After graduation, John embarked on a long and noteworthy career as an engineer and information technology specialist. After stints at IBM and Document Automation Corporation, John spent nine years at Apple Computer. Upon leaving Apple, John became an information technology consultant, first at KMPG Consulting, then at his own firms, Time2Market and JaguarTPM, and finally at PWC Consulting, where he was a Managing Director since 2012. John also taught classes on information technology to graduate students at Boston College. In addition to his talents on the baseball diamond, John was an accomplished ice hockey player who competed at the intercollegiate level while at Central Connecticut. A devoted fan of the Boston Red Sox, New England Patriots and UConn Huskies, John was an enthusiastic tennis and platform tennis player, representing the Stamford Yacht Club in league play for many years. Despite spending much of his professional career on the road solving his clients' problems, John loved to travel, both with Maureen, Patrick and Katie, and with his friends and neighbors. Organized and detail-oriented, John was the founder of the Shippan Cup, through which he led a merry band of friends and neighbors on golf trips to destinations near and far. Most recently, John fulfilled a long time promise to himself and Maureen when the couple spent two weeks living as locals in the 1st arrondissement in Paris and visiting Normandy Beach. John was pre-deceased in 2002 by his father, Ludwik Mazan. In addition to Maureen, Patrick and Katie, John is survived by his mother, Janina (Kelenerowska) Mazan of Rocky Hill, his sister, Mary (Mazan) LaBonte of Tolland, numerous nieces and nephews, and a very large contingent of friends. A memorial service at Our Lady Star of the Sea Church in Stamford and a celebration of John's life at the Stamford Yacht Club will be held in September. In lieu of flowers, donations in John’s memory may be made to the Boston Red Sox Foundation at www.redsoxfoundation.org/donate.

John Francis Mazan, 58, of Shippan Point, Stamford, CT and Quonochontaug, RI, passed away on Monday, July 23, 2018 after a lengthy and courageous battle with pancreatic cancer. John was married for 32 years to the love of his life, Maureen... View Obituary & Service Information

The family of John Francis Mazan created this Life Tributes page to make it easy to share your memories.