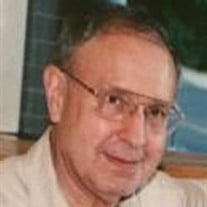 Joseph A. DiLeo, age 77, devoted and beloved son, husband, father, grandfather, brother and uncle passed away peacefully at Stamford Hospital on Tuesday, July 15, with his loving family at his side.  A lifetime resident of Stamford, Joe was born on February 21, 1937, to the late Anthony and Rose DiLeo.  He was a Stamford High School Graduate Class of 1955, and a Graduate of Pace University where he received his business degree in Accounting.  He pursued his business career in a number of area corporations and was most recently employed by the U.S. Postal Service until his retirement.  Joe was a member of the Halloween Yacht Club in Stamford and enjoyed sailing the harbors of Long Island Sound.  In the summer he spent his time with his family at Lake Cayuga in the New York State Finger Lakes, where he loved to teach his grandchildren to water ski and sail. He was a faithful parishioner of St. Cecilia Parish in Stamford since his marriage to Vivien 53 years ago.  Joseph is survived by his wife Vivien, his daughter Elizabeth Wysnewski and her husband Daniel Wysnewski, his granddaughter Kathryn Wysnewski and his grandson Michael Wysnewski, of Newtown, PA.  He is also survived by his brother Vincent DiLeo, his wife Elizabeth, and their sons Mathew and Brendan of New Canaan; and his sister Carol Simko and her daughter Pamela of Sarasota, Florida.  The DiLeo family would like to thank the nurses and staff of Stamford Hospital for their compassion and care of Joe during his illness.     A Mass of Christian Burial will take place at St. Cecilia Church, 1180 Newfield Avenue, Stamford, CT, on Wednesday, July 23, at 11 AM.  Friends may call at the Bosak Funeral Home, 453 Shippan Avenue on Tuesday,  July 22, from 4PM to 8PM. Interment will be private. Donations in Joseph’s memory may be made to the Bennett Cancer Center at Stamford Hospital or Buy-A-Smile through St. Cecilia Church, 1180 Newfield Avenue, Stamford, CT.       The DiLeo family has entrusted the funeral arrangements to Bosak Funeral Home, 453 Shippan Avenue, Stamford, CT. If you would like to leave an expression of sympathy for the family online, you may sign the guestbook at www.bosakfuneralhome.com or visit the funeral home Facebook page at www.facebook.com/bosakfuneralhome to share memories of Joseph with his family.

Joseph A. DiLeo, age 77, devoted and beloved son, husband, father, grandfather, brother and uncle passed away peacefully at Stamford Hospital on Tuesday, July 15, with his loving family at his side.  A lifetime resident of Stamford, Joe was... View Obituary & Service Information

The family of Joseph A DiLeo created this Life Tributes page to make it easy to share your memories.