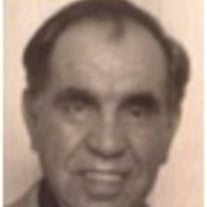 Joseph Anthony Festa, affectionately known to friends and family as “Babe”, passed away after a courageous fight against cancer on Friday, June 30, 2017. A lifelong resident of Stamford, Babe was born on April 19, 1937 and was one of two sons born to the late Stanley and Anna (Stramandanoli) Festa. He was 80 years old at the time of his death.Babe was born and raised in Springdale and graduated from Stamford High School with the class of 1955. He was an Honorary Member of the Carpenters Local Union 210. Babe was an avid golfer, bowler and renowned baseball coach. During his time coaching baseball, he led his teams to seven straight Federal Little League championships and three City championships with his Knights of Columbus team. He continued coaching at the 13 - 15 Babe Ruth and 16-18 Senior Babe Ruth levels and coached baseball in the Stamford area for a total of twenty years. For his passion, time and effort, Babe was inducted into Stamford Old Timers Athletic Association in 2001. But more than any honor, trophy or award, Babe was most proud and joyful when his former players approached him later in their lives to thank him for the positive impact he had made on their lives.Babe was known to be the life of the party and the telltale jokester by his family and friends. He was a constant presence at Hubbard Heights Golf Course and a past member of the Knights of Columbus. Above all else, Babe was passionate about his family and friends. He will be sadly missed by those who knew and loved him.Babe is survived by two sons; Jeff Festa (Mary), and Jay Festa (Terry), his grandchildren; Jeffrey Festa (Kristina), Chris Festa, Tyler Festa and Nicole Festa and his brother, Stanley Festa. In addition to his parents Babe was preceded in death by his wife Joan Festa.Babe's family will be receiving the sympathy and condolences of friends and family on Friday, July 7, 2017, 4pm to 8pm, at Bosak Funeral Home, 453 Shippan Ave., Stamford, CT 06902. A funeral service will be celebrated at the funeral home on Saturday, July 8, at 9:30am. Guests may arrive at the funeral home at 9am. The interment will be private.In lieu of flowers please consider a donation in Babe’s memory in support of Stamford Federal Little League. Donations may be made to: Stamford National Little League and mailed to Stamford National LL, Attn: Babe Festa Memorial, 84 Westhill Circle, Stamford, CT 06902.The family has entrusted the funeral arrangements to Bosak Funeral Home, 453 Shippan Avenue in Stamford, CT. If you would like to leave an online condolence message for the family please visit the online guestbook at www.bosakfuneralhome.com or on Facebook at www.facebook.com/bosakfuneralhome.

Joseph Anthony Festa, affectionately known to friends and family as &#8220;Babe&#8221;, passed away after a courageous fight against cancer on Friday, June 30, 2017. A lifelong resident of Stamford, Babe was born on April 19, 1937 and was one... View Obituary & Service Information

The family of Joseph A. Festa created this Life Tributes page to make it easy to share your memories.