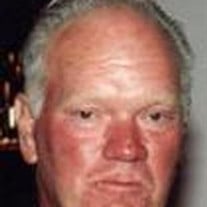 Joseph E. Gentle, Jr., 71, lifelong resident of Stamford, CT, passed away at Stamford Hospital on Thursday, August 28, 2014 with his loving family at his side.  Joe was born October 26, 1942 to the late Joseph, Sr. and Lillian (Hand) Gentle. Joseph attended Stamford public schools and graduated from Stamford High School with the class of 1960.  Following graduation, he joined the U.S. Marine Corps in 1961 where he served with distinction during the Vietnam War.  Over the course of his service, Joseph achieved the rank of Corporal and was awarded the Good Conduct Medal, First Award and an M-14 Rifle Marksmanship Badge. By the time of his honorable discharge from the U.S. Marines in 1967, Mr. Gentle’s service took him to Vietnam, Okinawa and the Philippines. After his time in the service, Joe returned to Stamford and began his career as a police officer with the Stamford Police Department.  Joe always strived to give his best to the Stamford community that he served for 37 years until his retirement in 2005. More importantly, in 1968 Joseph was married his beloved wife, Judith.  Judith and Joe were happily married and fortunate to celebrate 46 years of marriage this past June.  After joining the force, Mr. Gentle returned to school to pursue an Associate Degree in Criminology from Norwalk Community College.  He also remained very active in the Stamford community by volunteering for the TOR Volunteer Fire Dept., and the Stamford Ambulance Corp, where he served as President.   Above everything else Joe loved being with his family.  Even as his physical ailments began to limit his activities, Joe was the definition of selflessness, always putting others before himself, and he will be missed by all those who knew and loved him.   Mr. Gentle is survived by his devoted wife, Judith (Titsworth) Gentle, his three children; Karin M. Rosa (Mark), Joseph E. Gentle III and Brian E. Gentle (Nicole), his five grandchildren whom he adored; Thomas and Stephanie Gentle , Myles, Avery and Evan Rosa, and his sister Doreen Clifford.  In addition to his parents Joseph was preceded in death by his brother, Thomas J. Gentle. The Gentle family will receive the condolences of friends and family on Wednesday, September 3rd from 4p.m. to 8p.m. at Bosak Funeral Home, 453 Shippan Avenue, Stamford, CT 06902.  A service will be celebrated at the funeral home on the morning of Thursday, September 4th at 11 a.m.  The internment will immediately follow the service at Woodland Cemetery, 66 Woodland Place, in Stamford. Donations can be sent to the American Diabetes Association, P.O. Box 11454, Alexandria, VA 22312 or online at www.diabetes.org/donate.   The family has entrusted the funeral arrangements to Bosak Funeral Home, 453 Shippan Avenue, in Stamford.  If you care to leave a condolence message online please visit the family guestbook on www.bosakfuneralhome.com or on the funeral home Facebook page at www.facebook.com/bosakfuneralhome.

Joseph E. Gentle, Jr., 71, lifelong resident of Stamford, CT, passed away at Stamford Hospital on Thursday, August 28, 2014 with his loving family at his side.  Joe was born October 26, 1942 to the late Joseph, Sr. and Lillian (Hand) Gentle. Joseph... View Obituary & Service Information

The family of Joseph E Gentle Jr. created this Life Tributes page to make it easy to share your memories.