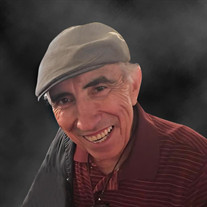 Lorenzo Serino, known to his friends as “The Cuz”, passed away peacefully on Saturday, August 1st after a fifteen-year, courageous battle with Lymphoma and Leukemia. He was 75. Lorenzo was born on February 15, 1945 in Caserta, Italy to Giovanni and Maria Feola Serino. Lorenzo came to America at the age of twelve and proudly became an American citizen in 1973. He graduated from J.M. Wright Technical High School in 1963. He joined the BTJ Steamfitter Union, Local 777, in 1965 where he worked until he retired in 1999. Lorenzo is survived by his heartbroken and loving wife, Jo-Ann Putzig Serino, and his three mourning children, John Serino and his wife Rachael of Brooklyn, NY, Tami Summerton and her husband Stephen of Greenwich, CT and Amy Serino of Brookfield, CT. He is also survived by his four adoring grandchildren; Natalie, Spencer, Ryan and Wyatt Summerton as well as numerous nieces, nephews and cousins. He was predeceased by his brother Peppino Serino and sister Lucia Ricciardi. Lorenzo had a contagious smile that would light up every room he walked into. He had many lifelong friends and was respected by everyone he met. His friends will remember him for always making the time to be present, his unintentional humor and his innate ability to speak to others with compassion and empathy. He had many passions including his fig trees, gardening, baseball (especially the Yankees), Ohio State football, antique cars and a great love of music, especially doowop. He will be remembered most for his devotion to his family, especially his wife of 44 years, who he respected and loved unconditionally. His heart also beat for his grandchildren who will always remember Grandpa’s money tree and his hip dance moves. Lorenzo’s family will receive guests on Thursday, August 6th from 4 pm to 8 pm at the Bosak Funeral Home, 453 Shippan Avenue, in Stamford. A Mass of Christian Burial will be celebrated on Friday, August 7th at 10:30 am at Sacred Heart Church, 37 Schuyler Avenue, in Stamford. The burial will be private. In compliance with state mandates, those attending the services must wear face coverings and maintain social distancing. The family would like to share a special show of appreciation to the staff at The Bennett Cancer Center, especially his oncologist Dr. Anne Angevine who supported him through his diagnosis and treatment with dignity and grace. Please share your fondest memories with the family so they can continue to celebrate his life and legacy. In lieu of flowers, the family is requesting that donations be made to the Bennett Cancer Center, Stamford Hospital One Hospital Plaza Stamford, CT 06902. If you would like to leave a condolence message online please visit the family guestbook to share memories with his family at www.bosakfuneralhome.com or at www.facebook.com/bosakfuneralhome .

Lorenzo Serino, known to his friends as &#8220;The Cuz&#8221;, passed away peacefully on Saturday, August 1st after a fifteen-year, courageous battle with Lymphoma and Leukemia. He was 75. Lorenzo was born on February 15, 1945 in Caserta,... View Obituary & Service Information

The family of Lorenzo Serino created this Life Tributes page to make it easy to share your memories.

Lorenzo Serino, known to his friends as “The Cuz”, passed away...