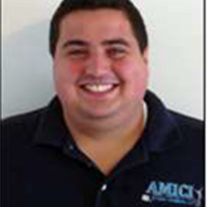 Michael Louis Gabriele was born on August 24, 1990 in Norwalk, CT and fell asleep in death on January 24, 2016. He is survived by his parents, Louis & Linda Gabriele; grandmother, Mary Gabriele; uncles and aunts, Brian & Michelle McKinley, Brenda & Pernell Thompson, Richard & Jonna Gabriele, Mary Lou & Erminio Marrese, and Gerald & Rachel Gabriele; cousins, Jennifer & Salvatore, Lorenzo and Armani Cenatiempo, Christopher & Jaqueline McKinley, Nicole & Andrew and Jayden Chappell, Gianmarco, Gabriella and Lorenzo Marrese; many great uncles & aunts and distant cousins. Michael graduated Brien McMahon High School in 2008; he attended Generac University and became a Certified Residential/Commercial Generator Technician with Generac Power Systems, Briggs & Stratton-GE Generators, and Kohler Power Systems. He attended Porter & Chester Trade School where he received his Electrical Degree. He had both a Connecticut and Westchester County, NY Home Improvement License and was Co-owner of Amici Power, LLC. Michael was baptized on February 25th 2007 and served as a Ministerial Servant in the Soundview Congregation of Jehovah’s Witnesses in Norwalk, CT. In September 2009, he became a Regular Pioneer and volunteered 70 hours a month to teach others the wonderful truths he loved from the Bible. One of his greatest joys was attending Pioneer School in August 2010. He enjoyed volunteering with the CT Regional Building Committee landscaping Kingdom Halls. Michael will be remembered for his kind, generous, loving personality, and his friendly disposition. He loved boating and was a member of the South Norwalk Boat Club. He also loved watching and playing the game of hockey and enjoyed spending time with family and friends. Michael truly believed life everlasting would be on earth when he prayed for, “God’s Kingdom to come and His will to be done on earth like it is in heaven.” We, therefore, look forward to seeing his bright blue eyes and big smile when Jehovah God wakes him up in paradise on earth when there will be no more pain, suffering or death. Until we embrace him again, Michael will be greatly missed. A Memorial Service will be held on February 20, 2016 at 1:00 pm at: The Kingdom Hall of Jehovah’s Witnesses, 126 Newtown Avenue, Norwalk, CT 06851. In lieu of flowers, the family request that donations be made to: Watchtower Bible and Tract Society of New York, Inc., 25 Columbia Heights, Brooklyn, NY 11201-2483 If you would like to leave an expression of sympathy for the family online, you may sign the guestbook at www.bosakfuneralhome.com or visit the funeral home facebook page at www.facebook.com/bosakfuneralhome to share memories with his family.

The family of Michael Louis Gabriele created this Life Tributes page to make it easy to share your memories.