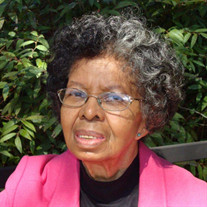 Norma (Brown) Collins was born in Bridgeport, Connecticut on November 14, 1940. She lived her entire life in Stamford. Norma was a little tomboy and she often recounted fond memories which included climbing over the fences of Woodside Park as she and others raided the apple trees. Norma was a 1958 graduate of Stamford High School. After high school, she gained technical and commercial training and worked as a data entry clerk at Norma-Hoffman Bearing Corporation for a number of years. She was a retiree of the Fort James Corporation where she worked providing clerical functions such as data entry and invoicing. She took early retirement to provide childcare for her grandchildren. Norma and her brothers Larry and Arnold were raised by a foster mother named Emma Hester. Emma decided late in her life, after her husband passed away, to raise children in her home in Stamford. Norma’s blessing came in the fact that Emma was willing to keep the nucleus of Norma and her two brothers together. Other children, including her brother Ralph Jeter, were raised in this foster home but Norma and her brothers lived together until Emma’s death some twenty years after she took them in. Norma fondly remembers Emma sitting at the kitchen table reading her bible daily as she drank her morning coffee. This daily dedication to God and God’s word impacted Norma greatly. When Emma died, she bestowed all of her earthly belongings to Norma and her brothers, which allowed them to make it on their own following her death. After a brief marriage, Norma found herself a single mother of her pride and joy Sean Collins. Norma was dedicated to raising Sean, as she put it “the right way”. She placed an emphasis on the need for him to be nice as well as considerate of others. It was Sean who led Norma to the Stamford church of Christ where she worshipped for over forty years. In the late seventies, Norma’s landlady, Jonnie Mae Atkinson was a congregant of Stamford church and she would bring Sean with her to attend Children’s Bible Class. One Sunday, Norma became increasingly worried because her landlady and Sean were gone longer than usual. Sean returned a little late but extremely excited to have participated in a pot luck lunch at church. Later, there was a Sunday Norma’s landlady was not able to attend church and through Sean’s urgings, Norma brought him to church that Sunday and she continued to worship here for the rest of her life. Norma enjoyed camping with her son Sean in Vermont during the fall months, when he was growing up. She enjoyed putting puzzles together and preserving them by pasting the back so that can be displayed. She enjoyed long walks, all things Christmas, reading her Bible, conversations with friends and her grandchildren. Norma was a woman of faith and inner strength; Norma was a woman of prayer. Members of the Stamford Church of Christ recall being blessed by Norma’s prayers. When asked to lead a prayer, in preparation, Norma would first look looks to the Bible for a point of reference and once she started writing she felt God’s inspiration. Her prayers could move an entire congregation to the very throne of God. On Friday evening, November 26, 2021, Norma was released from the suffering of her earthly body which had dominated her life for the last number of years and taken into the arms of her Savior. She is survived by her son Sean and his wife Tiffany and their children Taylor and Jordan. She is also survived by her brothers Arnold Brown and Larry Brown; nephews and niece, Mike, Mark, Malik, Arnold Brown, Jr. and Annette, their families as well as her extended family. She was predeceased by her brother Ralph Geter. Norma was a beautiful soul and a strong pillar of faith in the Stamford Church community. While we will certainly miss her presence here with us, we rest in the knowledge that she is no longer in pain and that she resides in the eternal light of God's love. The Collins family will receive relatives and friends at the Stamford Church of Christ, 1264 High Ridge Road, Stamford, CT 06903 on Saturday, December 4, 2021 from 9am to 11am. A funeral service in her honor will follow at 11am. Burial will be held private. The family would like to thank the staff at Stamford Hospital for the incredible care provided. To leave an expression of sympathy for the Collins family online, please sign the guestbook at www.bosakfuneralhomestamford.com or visit the funeral home Facebook page at www.facebook.com/bosakfuneralhome

Norma (Brown) Collins was born in Bridgeport, Connecticut on November 14, 1940. She lived her entire life in Stamford. Norma was a little tomboy and she often recounted fond memories which included climbing over the fences of Woodside Park... View Obituary & Service Information

The family of Norma Collins created this Life Tributes page to make it easy to share your memories.

Norma (Brown) Collins was born in Bridgeport, Connecticut on...