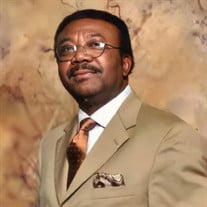 Paul S. Chery was born on Monday, January 18, 1954, to Conçois and Célirose Dorisca Chery in Thiotte, Haïti, a small mountain village in the Belle-Anse Arrondissement area of the country. Paul was the oldest of his eleven (11) siblings, including six (6) brothers: Mesmin Chery, Josué Chery, Joel Chery, Jonas Louis, Carlos Joseph, Jean Garden Andris, and five (5) sisters: Nadine Chery, Lydie Chery, Marie Sony Estimon (née Chery), Marie France Louis, and Gina Louis. Paul completed his primary school education and secondary studies in Port-Au- Prince, Haiti, then he emigrated to the United States, as a young adult, in February, 1982. Having left home and being among the first in his nuclear family to venture abroad, Paul resided in Stamford, Connecticut, where he established his home away from home and built up a new community, where he remained for forty (40) years, until his passing. During such time, on September 29, 1984, Paul married Mitha Jecrois, the love of his life and mother to his three (3) children: Danielle Esther Chery (36), Fritz Gérald Chery (33), and Sophia Gabrielle Chery (32), all of whom have cherished and will miss his dearly. Paul is also survived by his three (3) grandchildren: Olivia Faith Chery (5), Leena Grace Chery (3) and Lucas Eli Chery (2); his daughter-in-law, Klyte Stherlyne Chery (31); all of his aforementioned siblings; his father-in-law: Gérard Jecrois; and his extended family. Apart from being a quintessential family man, Paul was a Christian and an active participant in his local church, and a staple in the larger Haitian community in Stamford and the surrounding areas. As a proud member of the French Speaking Baptist Church of Stamford, Paul served as a Sunday School teacher for over twenty-five (25) years and has held many leadership roles, including Vice President of the Usher’s Ministry. He devoted the entirety of his life in service to God, his family, faith community and others. Prior to his retirement in 2020, Paul worked as a professional driver for Rudy's Executive Transportation. In his personal time, Paul enjoyed writing music, cutting hair as a barber and spreading the word of God through his gift of song, by singing and hosting Christian concerts at several of the local area churches. In addition, he enjoyed watching Wheel of Fortune, reading the Bible, drawing portraits, and spending time with his grandchildren. Most of all, he enjoyed vacationing on cruises with his family. Paul’s universal kindness, loving personality and awesome dance moves will be missed by all who have been blessed to have known him. May he rest in eternal peace, and enjoy his heavenly paradise, fully embraced in the arms of the Almighty. For the safety of all, please wear face coverings. To leave an expression of sympathy, please sign the family’s guestbook at www.bosakfuneralhomestamford.com or www.facebook.com/bosakfuneralhome.

Paul S. Chery was born on Monday, January 18, 1954, to Conçois and Célirose Dorisca Chery in Thiotte, Haïti, a small mountain village in the Belle-Anse Arrondissement area of the country. Paul was the oldest of his eleven (11) siblings, including... View Obituary & Service Information

The family of Paul Chery created this Life Tributes page to make it easy to share your memories.