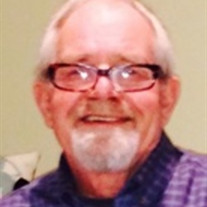 Pawel Goliszewski, 74, passed away peacefully on January 19, 2018 at his care facility, Touchpoints at Manchester, CT. Pawel was born on June 19, 1943 in Poland to Piotr and Felicia Goliszewski. Pawel is survived by his two sons; Alex and Robert, his daughters in-law; Adelina and Juanita, his three granddaughters; Jacquelyn, Melynda, and Allison and his older sister, Waclawa Chrzumniecka. Pawel lived in Poland until 1979, when he moved to West Germany. Over the following two years he managed to get his family to join him. He then managed to get political refugee status, and in 1984 he and his family moved to the USA, where for the first few years they lived in San Antonio, TX. Pawel was an ambitious man. Aware of better work opportunities and a high demand for his trade in Connecticut, Pawel moved to Stamford, CT in 1987 where he lived most of the rest of his life. In Pawel’s younger professional life, he was a master car mechanic, then he became a heavy construction welder working on steel bridges, sluices and high-rise buildings, and in his later life he became a master carpenter. He was happiest when he was working, visiting with family and friends or riding his motorcycle. A mass of Christian burial is scheduled for 10:30AM on Monday, February 5th 2018 at Holy Name of Jesus Roman Catholic Church, 325 Washington Blvd., Stamford, CT, 06902. The interment will immediately follow mass at Riverside Cemetery, 81 Riverside Ave., Norwalk, CT, 06850. All are welcome to attend and celebrate Pawel's life. In lieu of flowers, please consider donating in his memory to the Holy Name of Jesus Church Restoration Fund, 4 Pulaski Street, Stamford, CT 06902. The family made funeral arrangements with Bosak Funeral Home, 453 Shippan Avenue, in Stamford, CT. If you care to leave an online condolence message please visit the family guestbook at www.bosakfuneralhome.com or on Facebook at facebook.com/bosakfuneralhome.

Pawel Goliszewski, 74, passed away peacefully on January 19, 2018 at his care facility, Touchpoints at Manchester, CT. Pawel was born on June 19, 1943 in Poland to Piotr and Felicia Goliszewski. Pawel is survived by his two sons; Alex and Robert,... View Obituary & Service Information

The family of Pawel Goliszewski created this Life Tributes page to make it easy to share your memories.