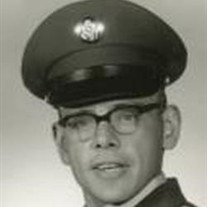 Peter A. Gregory, 72, passed away peacefully February 12, 2014 at Stamford Hospital following a brief illness, surrounded by family members. Peter was born on July 31, 1941 in Hartford, CT. Peter grew up in Stamford and Greenwich where he attended school. He was involved in Boy Scouts and was a member of Explorer Post 8. During his time as a scout Peter was very involved with public service which included volunteering at Stamford Hospital. Right after high school Peter entered the Army and was stationed in Korea. He received several awards and was honorably discharged in 1970. Upon his return he was employed by the US Postal Service. After his time with the Post Office Peter’s life took several turns and volunteer work continued to be very important to him. He played a major role in working with the homeless in Stamford, a cause that was near to his heart. Peter was a regular blood donor who earned pins for the gallons he had donated over the years. Peter’s main passion was sports, not playing but knowing the games, the teams and the players. If you had a question, he had the answer. Of all the sports and all the teams the Yankee’s were his team. Peter is predeceased by his mother Blanche W. Evans, stepfather Benjamin F. Evans and brother Joseph W. Gregory. He is survived by his father, Joseph D. Gregory and his companion Yvette Prior-Crofoot. He is also survived by five sisters, Sherry Gregory Haffner of Twin Falls, ID, Kathryn A. Kersten and husband Stanley of Beacon Falls, CT, Althea Tenca and husband Bill of Stamford, CT, Margaret Breden and husband Mark of Norwalk, CT, Heather Russo and husband Stephen of Southbury, CT, and two brothers, Jeffery A. Gregory and wife Jeanie of Euistis, FL and Bruce T. Gregory of Middlebury, CT. Peter also leaves behind two uncles, Kenneth Myles and wife Marilyn of Lenexa, KS, Douglas Myles and wife Anne of Fullerton, CA and many nieces and nephews. In lieu of flowers, please consider making a donation in Peter’s memory to: Wounded Warrior Project, P.O. Box 758517, Topeka, KS 66675 or www.woundedwarriorproject.org . Family will receive relatives and friends at the Bosak Funeral Home, 453 Shippan Avenue, in Stamford, on Saturday, February 22, 2014 from 9am to 11am with a memorial service at 11am. Interment will follow at St. John RC Cemetery, in Darien, CT.

Peter A. Gregory, 72, passed away peacefully February 12, 2014 at Stamford Hospital following a brief illness, surrounded by family members. Peter was born on July 31, 1941 in Hartford, CT. Peter grew up in Stamford and Greenwich where he attended... View Obituary & Service Information

The family of Peter Allen Gregory created this Life Tributes page to make it easy to share your memories.