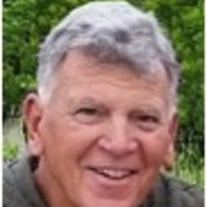 Ralph Liebe Cavalieri, M.D., Ph.D., a loving husband, father, brother and friend, peacefully passed away at Greenwich Hospital on July 6, 2017 with his family and loved ones at his side. A longtime resident of Riverside, CT, Ralph was born in New York City on August 2, 1947 to the late Dr. Liebe Cavalieri and the late Doris K. Norton. He was 69 years old at the time of his passing. Dr. Cavalieri graduated from the University of Pennsylvania with a B.S, and from Case Western University with an M.D. and Ph.D. in Biochemistry. He completed his residency in Obstetrics and Gynecology at the Johns Hopkins University School of Medicine. Dr. Cavalieri was a board certified Ob-Gyn and a fellow in maternal fetal medicine. During his career he served on the faculty of the Johns Hopkins University School of Medicine, the Warren Alpert Medical School of Brown University, and the Albert Einstein College of Medicine. He is regarded as a pioneer in his profession – most notably for his research examining the roles of glucose and surfactants in fetal pulmonary maturation. After leaving academia in the late 1980s Dr. Cavalieri joined a private practice in Greenwich, CT where he delivered thousands of babies and touched countless lives in doing so. Dr. Cavalieri was an avid and lifelong sailor. His mother gave him his first sailboat – a “Sneakbox” – which he had raced as a child on Barnegat Bay during summer vacations with his family at Beach Haven, NJ. As a member of the Old Greenwich Yacht Club he participated as often as possible in the Newport to Bermuda race, as well as many local regattas. When not on the water, Ralph enjoyed cooking for his family, drawing inspiration from his lasting memories of his grandmother’s Italian kitchen. He was known for his sense of humor, his passion for life and for his generous spirit. Dr. Cavalieri will be deeply missed by those who knew and loved him.Ralph is survived by his beloved wife; Mary, and their children; Michael, Christopher and Michelle Cavalieri. He is also survived by his children from his first wife, Susan; Sandra Poulter (Ben), Adrian Cavalieri (Laura), Madeline Precht (Andrew), five grandchildren; Beza, Alice, Oliver, Julian and Christian, sisters; Claudia Kellogg and Francesca Cavalieri, step-mother; Barbara Rosenberg Cavalieri, and five nieces and nephews.Ralph’s family will be receiving the sympathy of friends and family on Saturday, September 30, 2017 from 10:30am to 12pm at Bosak Funeral Home, 453 Shippan Avenue, Stamford, CT 06902. A memorial service will begin promptly at 11am.Contributions in Ralph’s memory may be made to: Connecticut Fund for the Environment/ Save the Sound at www.ctenvironment.org or the Greenwich Hospital Palliative Care Unit at https://giving.greenhosp.org/fund - please specify “Palliative Care”.The family has entrusted the funeral arrangements to Bosak Funeral Home, 453 Shippan Avenue in Stamford, CT. If you would like to leave a message of condolence for the family you may visit the online guestbook at www.bosakfuneralhome.com or on Facebook at www.facebook.com/bosakfuneralhome.

Ralph Liebe Cavalieri, M.D., Ph.D., a loving husband, father, brother and friend, peacefully passed away at Greenwich Hospital on July 6, 2017 with his family and loved ones at his side. A longtime resident of Riverside, CT, Ralph was born in... View Obituary & Service Information

The family of Ralph L. Cavalieri created this Life Tributes page to make it easy to share your memories.