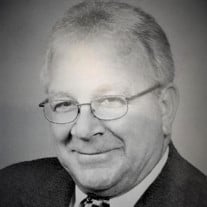 Richard John (“Moe”) Moavero Sr., 81, lifelong Stamford resident, and 1956 Stamford High School graduate, passed away peacefully on January 6, 2021. Richard was one of two children born to the late Louis Moavero and Catherine (Stramandinoli) Moavero. He was predeceased by his brother Louis Moavero Jr. He is survived by his devoted wife of 57 years, Frances Pascale Moavero and their two children Richard John Moavero Jr. and his wife Francene, Arlene Moavero and Todd Kane, along with his grandchildren, Brittany Moavero and David Baker, Richard (RJ) John Moavero III, and Morgan Arvoy. Richard is also survived by his brother-in-law and sister-in-law, Frank Madden and Marie Pascale Madden, as well as by nephews Richie and wife, Joanne Moavero and Randy and wife, Gigi Moavero. He also leaves behind nieces Kathleen and Mary Jo Madden and several great nieces and nephews. Richard began his baseball career early, playing at the old Vine Road field where he helped his team win the 1951 Little League World Series. He then went on to stand out for Stamford High School before getting drafted by the Baltimore Orioles in 1957. Following his baseball career, Richard became a police officer where he served for 29 years. Richard also dedicated his time coaching in Stamford Babe Ruth League, and was a member of the Stamford Old Timers Association. He enjoyed time with friends on the golf course, eating dinner Tuesday night at the Italian Center Men’s Club, and watching his grandchildren in multiple activities. He was also a member of the Knight of Columbus, St. Augustine Council #41. Other pastimes included watching the New York Yankees, attending weekly mass, and watching the Game Show Network. His family welcomes all friends and relatives on Saturday, January 9th from 9am to 10:30am at Bosak Funeral Home, 453 Shippan Avenue, in Stamford; followed by a Mass of Christian burial at 11am at the Church of Saint Cecilia, 1184 Newfield Avenue, in Stamford. His interment will be at St. John Cemetery, in Darien. In lieu of flowers, please consider making a donation in his memory to the: Allyson Rioux Memorial Foundation, PO Box 17297, Stamford, CT 06907. In compliance with state mandates and the safety of all those attending his funeral services, it is mandatory to wear face coverings and maintain social distancing. If you would like to leave a condolence message online please visit the family guestbook to share memories with his family at www.bosakfuneralhome.com or www.facebook.com/bosakfuneralhome.

The family of Richard John Moavero Sr. created this Life Tributes page to make it easy to share your memories.