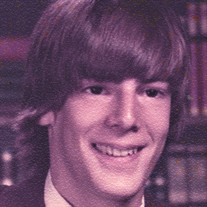 Robert Peter Ferrari passed away peacefully on Sunday, February 21, 2021, at the age of 61. He was born to the late Bernard and Teresa (Cagiao) Ferrari on September 23, 1959, in Brooklyn, NY. Robert graduated from Greenwich high school and attended Pace University. Robert was an avid NY Met fan and a collector of sports memorabilia, stamps and coins. He also enjoyed bowling, played in baseball leagues, and scuba diving. In June 1981, Robert was hit by a car riding a bicycle to Tod’s Point in Old Greenwich. He was diagnosed with TBI, and was in a coma for six months. Due to this, he had to undergo through rehabilitation at the Gaylord Hospital in Wallingford, CT. He then lived with his parents for the next thirty-five years until the passing of his father in February 2014 and mother in September 2016. Robert leaves behind his brother Gary Ferrari of Stamford; a nephew Michael Ferrari from Long Island his wife Dina, and their children, Violet and Lily Ferrari; a niece Tiffany Annunziata from Long Island, her husband Anthony, and their children Bella, Lena and Anthony Annunziata; and by a sister, Barbara Ottinger, her husband Chris, and their daughter, Anneliese Ottinger, along with his Aunt Marie and many cousins. In lieu of flowers, please consider making a donation in his memory to: TBI – Donation – Wounded Warrior Project: woundedwarriorproject.org/veteran-charity/donate Family welcomes all relatives and friends on Thursday, February 25, 2021 from 9am – 11am, with a prayer service at 11am at Bosak Funeral Home, 453 Shippan Ave, Stamford, CT. His interment will follow at Putnam Cemetery, 35 Parsonage Rd, Greenwich, CT. If you would like to leave an expression of sympathy for the family online, you may sign the guestbook at www.bosakfuneralhome.com or visit the funeral home Facebook page at www.facebook.com/bosakfuneralhome to share memories with his family.

Robert Peter Ferrari passed away peacefully on Sunday, February 21, 2021, at the age of 61. He was born to the late Bernard and Teresa (Cagiao) Ferrari on September 23, 1959, in Brooklyn, NY. Robert graduated from Greenwich high school and... View Obituary & Service Information

The family of Robert Peter Ferrari created this Life Tributes page to make it easy to share your memories.