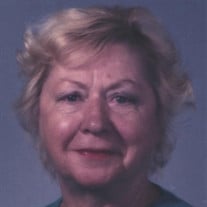 Stella Mary Zaremba Kaplane, a resident of Stamford, CT. and former resident of Stuart, FL passed away on Monday, July 15, 2019. Stella was born on April 8, 1926 in Stamford, CT to the late Joseph and Karolina (Mocarska) Zaremba. She was 93 at time of her passing. Stella graduated from Holy Name of Jesus Elementary and Junior High School, and Stamford High School. Following high school, Stella pursued extra courses throughout the years in business and economics. Through the years Stella’s employers included; Occidental Petroleum-ICI America, Bunker Ramo and Electric Specialty (all in Stamford). Most recently, Stella worked at Stamford High School from where she retired after 17 years. She touched the lives of many students while working at Stamford High, and many of them remember her to this day. Stella organized and assisted in the Holy Name of Jesus Parish fund raising affairs such as testimonials, parish dances, bazaars, and picnics for many years. She was on the committee of the 50th anniversary of the Holy Name of Jesus parish which was the effort to pay off the mortgage – the campaign was titled “Let’s be free in ‘53”. Stella was also on the committee of the 100th anniversary of the Parish. She organized fund raising affairs for the Rosary Society and was a member of the social action committee. She organized the celebration of the 600th anniversary of Copernicus and was instrumental in the donation of the Copernicus bust to the Stamford Museum and Nature Center. She was also a “Captain” for many years for the United Way where she worked on the fund raising drive for the Marion Pavilion at St. Joseph’s Hospital. Stella was the co-chairperson of the Casimir Pulaski monument committee, proceeds of which went towards the Pulaski monument erected in Hartford, CT in 1976. She was very active in raising funds and participating in the Polish Solidarity Movement. Since the beginning of the Polish Harvest Festival “Dozynki” at Holy Name, Stella maintained a booth each year to raise funds. She also organized Polish-American booth at Stamford block parties for 6 years. For the past 32 years, Stella was co-chairman of the Pulaski Day parade committee of Stamford, which represents the city of Stamford and vicinity in the annual Pulaski Parade held on Fifth Avenue in New York City on the first Sunday of October every year. She was the Grand Marshal of the Stamford contingent representing Stamford in 1984. She was awarded the “Citizen of the Year” in 1996 by the Polish American World. Over the years Stella encouraged and promoted Polish culture in the community and assisted Polish immigrants in their education, employment, translations and whatever possible for their well-being in the United States. Stella, also known as Stasia, is survived by many beloved nieces and nephews, very close family, friends, and her beloved cousin Barbara Bauer of Chandler, AZ. She was preceded in death by her husband Andrew Kaplane, brothers; retired deputy fire chief Larry Chrostowski and Chester Zaremba, sister Sophie Powajba, and nephew Larry Chrostowski, Jr. Also beloved cousin, Cindi Mogielnicki Kline. A wake will take place on Monday, July 22nd from 4pm to 8pm at Bosak Funeral Home, 453 Shippan Avenue, Stamford, CT 06902. A mass of Christian burial will be held on Tuesday July 23rd at 10am at Holy Name of Jesus Church, 4 Pulaski St, Stamford, CT 06902. The interment will follow mass at St. John’s Cemetery in Darien. The family has entrusted Stella’s final arrangements to Bosak Funeral Home, 453 Shippan Avenue, in Stamford. If you would like to leave an online condolence message for the family, please visit the family guestbook hosted on bosakfuneralhome.com or on Facebook at facebook.com/bosakfuneralhome.

Stella Mary Zaremba Kaplane, a resident of Stamford, CT. and former resident of Stuart, FL passed away on Monday, July 15, 2019. Stella was born on April 8, 1926 in Stamford, CT to the late Joseph and Karolina (Mocarska) Zaremba. She was 93... View Obituary & Service Information

The family of Stella Mary Zaremba Kaplane created this Life Tributes page to make it easy to share your memories.

Stella Mary Zaremba Kaplane, a resident of Stamford, CT. and...