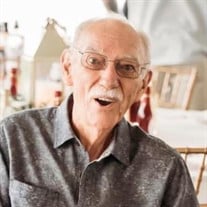 Thomas Z. Grabowski, age 74, passed on February 13, surrounded by his family in Stamford, CT. Tom was a loving, thoughtful, and sentimental man with a great sense of humor. A family man and well-respected member of his community, Tom served the city where he was born as a Stamford police officer for 36 years. Tom took pride in his career, where he worked as an officer but also as an undercover detective with the narcotics department. He attended criminology school in New York City and even delivered a baby for a neighbor while off-duty. Passionate about the New York Yankees and race cars, Tom shared many great memories with his children and grandchildren at baseball games and Daytona speedway. Tom made it a point to treat his family to special outings such as the Rockettes at Radio City Music Hall followed by an Italian meal at one of his favorite restaurants. A collector of momentos, he was particularly interested in his robust silver coin collection, which he often gifted to his grandchildren on holidays. Tom was active up until the last few weeks of his time here, going about his routine by frequenting the corner store to play his numbers and then eating breakfast or lunch with his friends at Speedy Donuts in Norwalk. Tom is survived by his two daughters, Melissa Grabowski and Kely Grabowski, both of Bonita Springs, FL. Tom is also loved and remembered by his five grandchildren, whom he leaves behind with very special childhood memories, Gabrielle Tomas (Tripuzzi) and her husband Carmelo Tomas, Angela Tripuzzi, Giuliana Tripuzzi, Francesco Tripuzzi, and Grace Grabowski. Tom is also predeceased by sister Janice Grabowski Christie and nieces and nephews. Our dad, papa, and brother will forever be in our hearts. Rest in paradise Papa Tom. A visitation and celebration of Tom’s life will be held at Bosak Funeral home, 453 Shippan Avenue, in Stamford, CT on Monday, March 21st from 9-11 am followed by a prayer service. Burial ceremony will be at Spring Grove Cemetery in Darien, CT. To leave an expression of sympathy for the family online, please sign the family’s guestbook at www.bosakfuneralhomestamford.com or www.facebook.com/bosakfuneralhome.

Thomas Z. Grabowski, age 74, passed on February 13, surrounded by his family in Stamford, CT. Tom was a loving, thoughtful, and sentimental man with a great sense of humor. A family man and well-respected member of his community, Tom served... View Obituary & Service Information

The family of Thomas Z Grabowski created this Life Tributes page to make it easy to share your memories.